Attorneys You Can Trust 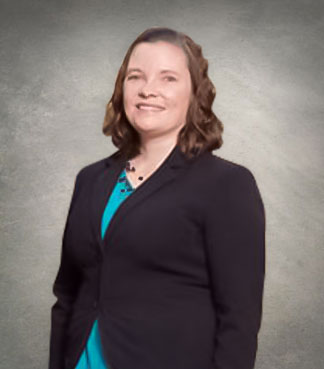 Ms. Smith advanced quickly in her career.  She began working in the Eighth Judicial Circuit as an Assistant Public Defender upon passing the State Bar in 2008.  During her first year as a public defender, she handled hundreds of misdemeanor cases, including driving under the influence (DUI) and domestic violence cases.  Ms. Smith so distinguished herself after her first year with the Public Defender’s Office, that she was promptly promoted to a position handling felony crimes.  For the next two and a half years, from 2009 to 2011, Ms. Smith defended individuals charged with a wide range of felonies, including attempted murder, drug trafficking, possession of cocaine, and felony theft.

Recognizing her achievements in her career up to that point, the Law Office of Silverman, Mack & Associates was pleased to add Ms. Smith to its team of capable attorneys in May 2011.  She has been the firm’s primary criminal defense attorney, and she also contributes her considerable trial experience to assist clients in the family law side of the practice.  Although as a firm we do not generally push or encourage our family law clients toward litigation, it is unfortunately often the inevitable result when parties cannot come to agreement regarding their differences.  In such situations, experienced litigators such as Ms. Smith are invaluable in achieving the best possible outcome for our clients.  In addition, through her work as a public defender, Ms. Smith had extensive opportunity to engage in negotiations with prosecutors in order to obtain reduced sentences and/or lesser charges for her accused clients.  Usually custody, child support, alimony, and divorce cases also involve a fair amount of negotiating, and it is often the case that a dispute can be resolved without resorting to litigation. Ms. Smith’s invaluable negotiating skills have easily transferred to the family law context and are an indispensable asset to our well-rounded team of attorneys.

Delinda Jan Smith has been an excellent addition to The Law Office of Silverman, Mack & Associates.  We are a team of highly competent Florida Family Law Attorneys located in Gainesville.  We handle every aspect of family law and represent clients throughout North Central Florida.  If you have a family law concern and are in need of a consultation, please call us at 866-663-4902, or locally at 352-337-8373.  You may also contact us through the form on our website.

Speak to an Attorney

To schedule a free consultation with one of the Probate Attorneys at the Law Office of Silverman, Mack & Associates, call us today at (800) 871-8454